Andy comes from a rich musical heritage – his grandmother played piano for soundtracks to early silent movies when the movies would come to the small SA country towns where the family lived back in the day.

Andy commenced piano lessons at the age of 4 and up until the age of 15, when he got ‘bored’ with the structured curriculum and instead started to  work on learning to play by ear. Around this time he also fortuitously received his first guitar, when family friends purchased a property in the Adelaide Hills and found a small acoustic guitar with all 6 strings intact on a junk heap at the back of one of the paddocks. They gave the guitar to Andy, who promptly went out and bought himself a chord book and taught  himself to play this ‘new’ instrument!

Andy played rhythm guitar in his first band ‘Crossroads’ during high school, and then went on to co-create the Adelaide hard rock band ‘The Holy Mackerels’ in the early 90's where he was the band’s lead guitarist.  In the mid 90's Andy hooked up with Wayne in the band ‘Spirit Groove’, this time playing bass. (At the time, Andy & Wayne also hosted a weekly rock/metal radio show together called ‘The Hard Edge’ on the then Alta Mira FM (now Life FM) in Adelaide. Andy remained with the station hosting a rock/progressive rock radio show (Project Eternity) from January 2002 until June 2012.)

After the disbanding of Spirit Groove, Andy always harboured a desire to work musically with Wayne again and luckily for him the opportunity presented itself with the formation of Sonic Divide, where Andy commenced as rhythm guitarist (and part time keyboardist) until the addition of Evan when Steve switched from drums to rhythm guitar and Andy became the full time keyboardist! And he is relishing the opportunity to be involved in a musical project with as he describes it, "such a great bunch of musicians and mates that I have always looked up to..." 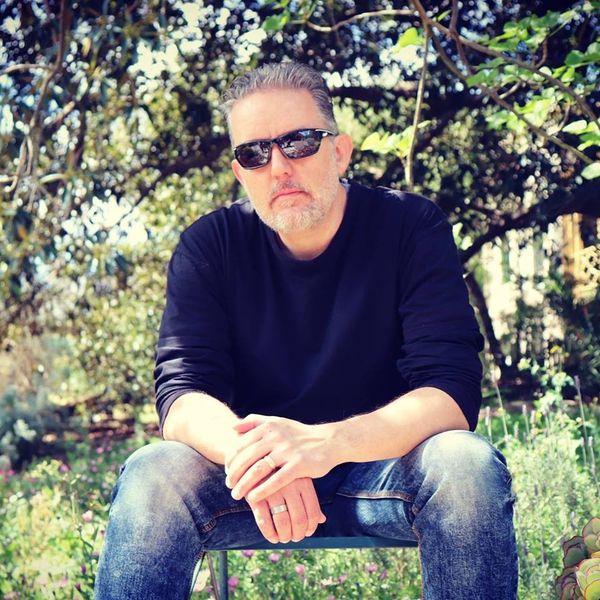