Ian started his musical life on the piano as a child, and even wrestled with a trumpet for a while, but finally found his musical home, on the bass, when he turned 20.

The 80’s and early 90’s saw him playing with ‘Soul Agents’ and then ‘The Calling’ and ‘Sensible Shoes’. All of these bands played frequently in Adelaide and around SA, including supports for touring bands from overseas. With ‘Sensible Shoes’ he even spent a month playing in India in 1990 !

Since then, Ian has played bass and been a Musical Director for 10 years at Rostrevor Baptist Church, played bass on sessions for several albums, performed as part of the pit orchestra for amateur musicals ‘Seussical’ and ‘The Full Monty’, played bass for the two seasons of the Fringe show ‘Sisters Of Motown’, and performed with cover band ‘Code 4’.

Joining Sonic Divide in 2009 was something of a turning point, with an opportunity to not only play bass, but to contribute as a songwriter as well.

In 2011/12 he worked with Michaela Burger (and ‘The Loose Ends’), recording her debut album ‘Breathe’, and performing a number of Fringe shows to support its release.

“Sonic Divide came along at a time when I had not played for over 18 months, and I really needed a chance to connect with like-minded musicians again. The band turned out to not only be a great musical opportunity, but also a very supportive bunch of mates.” 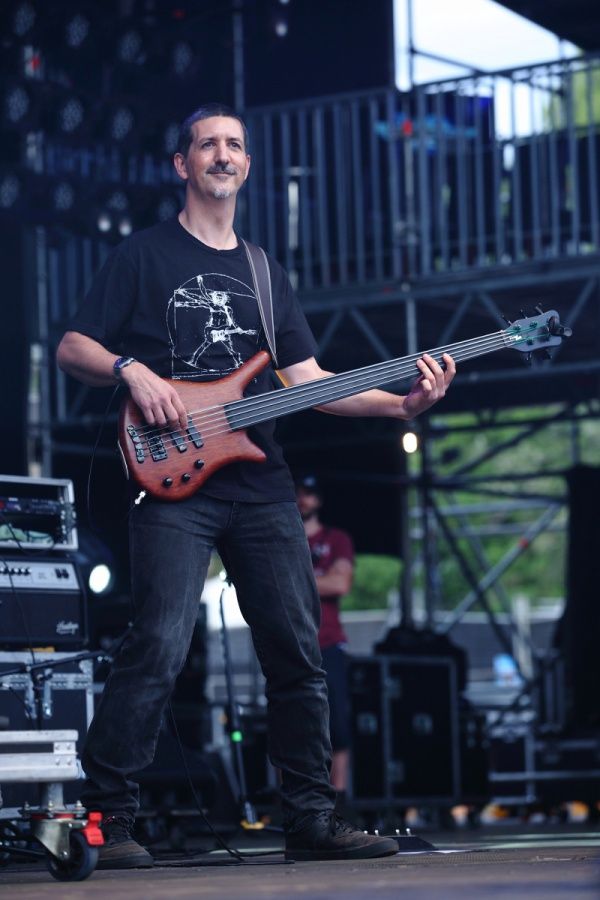